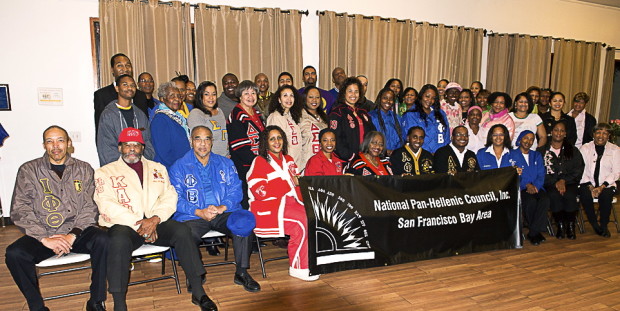 A few days ago, I was introduced to a group of Black Greek letter organizations.

Initially, I assumed the organization was comprised of Blacks with Greek heritage but quickly learned about the rich history and great work African American men and women in these fraternities and sororities have done and continue to do across the country.

There are nine historically Black Greek letter organizations (5 fraternities & 4 sororities) that make up the National Pan-Hellenic Council Incorporated (NPHC). Collectively, these organizations are referred to as “The Divine Nine.”

In fact, ties to Divine Nine members may be found in many college-educated Black families all across the country.

I learned that the fraternities and sororities are called Black Greek Letter Organizations because of their use of the Greek alphabet. It is noteworthy that the Greek writing system and philosophies have very close ties to Africa.

In fact, it is common knowledge among African American scholars that the ancient Greeks got their wisdom from the scholars and coffers of Kemet in Ancient Africa.

The NPHC was founded in 1930 at Howard University at a time when opportunities to gain access to higher education for the overwhelmingly majority of Blacks did not exist, though fraternities and sororities have been in existence for over a hundred years.

Today the NPHC is mentoring children, tutoring youth, raising funds for low-income students, and working to remove barriers to continue supporting urban youth in their efforts to get to college.

“We want the community to know that we are here to be of service to them,” Young said and then went on to explain the importance of parents being aware of the required coursework needed to enter into the UC and CSU systems.

“Every parent should know that in order for their child to be considered for admission into a university, he or she must complete specific courses prior to their senior year in high school,” he said.

While I am not a college graduate, I do understand the importance of a university education. I understand the limitations I have set for myself by not having a degree and the benefits an education provides in this competitive economic system.

I could only imagine how different my life would have been if my parents had known about the A-G requirements and had access to resources that would have helped me and my siblings pursue a college track from a young age.

Young advised that parents begin preparing their children in elementary school. He also encourages parents, regardless of income, to contact one of the Black Greek letter organizations.

“We are here to be of service and we will help you and your child understand the process,” Young said.