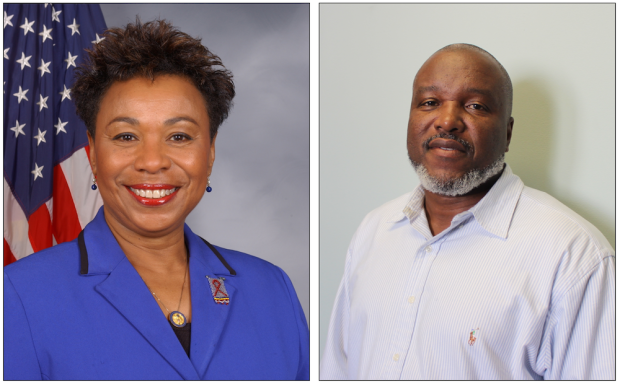 On Sunday, Congresswoman Barbara Lee and I sat down at a Post Salon to discuss overcoming barriers for the formerly incarcerated to vote and find jobs.

Congresswoman Lee first came to my attention in 2001 when I was sitting in a prison cell in Centinela State Prison.

It was a few days after the 9/11 events and America was quickly gearing up for war. I was glued to a 13-inch television screen and watched Congresswoman Lee speak passionately and bravely against the Authorization to Use Military Force in Afghanistan.

“Our country is in a state of mourning,” Lee said. “Some of us must say, ‘let’s just step back for a moment, let’s just pause, just for a minute, and think through the implications of our actions.’”

“I wish I had done this the day I committed my crime,” I thought to myself. “It would have spared so many people so much pain.”

I stared in awe at the television screen and could only wish to one day be in the presence of what I thought was a courageous and wise leader. At that time, freedom was so far away. But the spirit of what she stood for in that moment never left me.

During our discussion at the Post Salon, Congresswoman Lee talked about the president’s executive order to ban the box for federal employees.

In other words, as a result of President Obama’s executive order, federal employees are no longer allowed to include a check-mark box on job applications that ask whether or not an applicant has been convicted of a felony.

In 2015, Congresswoman Lee led more then 70 members of the U.S. House of Representatives in a letter written to the President Obama to adopt a federal fair chance hiring policy.

And now, Lee is working to expand this hiring policy to the state level. She has called for solutions to the disproportionate rate of poverty in the Black community, called out America on its racism, and stood for what’s right when no other would.

While she is still on the front lines of change, none of us can create change alone.

“We are trying to make sure that criminal justice reform becomes a criminal justice revolution,” Congresswoman Lee said during our discussion. “We need structural change but we also need the resources to put into programs through the Second Chance Act.”

In light of all the controversy surrounding the defunding of youth programs in Oakland’s most disenfranchised and marginalized communities, I support what I heard as Congresswoman Lee’s call for community activism.

We must hold leaders accountable. There are too many politicians in public office who haven’t respected the Black vote and for too long we have been disenfranchised, marginalized and left with out a voice.

Speak up and be heard. We can choose to sit back and complain or stand up for change. If we choose the first, however, things will remain the same.